I thought July fishing was HOT! It was, but so is the first part of August. Fishing remains good for both inshore and offshore END_OF_DOCUMENT_TOKEN_TO_BE_REPLACED

Fishing should prove to be really good the first part of the month. The tides will be high, the water movement swift, creating a lot of oxygen and motivating the fish to eat. I predict that virtually all species will be active, especially after things settle from tropical storm Emily.

END_OF_DOCUMENT_TOKEN_TO_BE_REPLACED 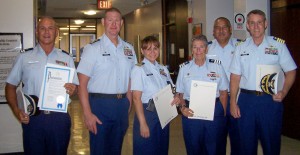 “The City of Clearwater, Florida’s only Coast Guard City, recognizes and appreciates the dedication of the men and women of the Unite States Coast Guard.” said Cretekos. “especially during this month of the 223rd anniversary of the Coast Guard, Clearwater and its residents want to extend special thanks to Coast Guard personnel and their families for their service.”